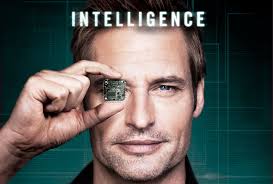 Its about a U.S soldier who becomes his nation’s biggest asset when they install a micro chip in his brain.

He indirectly becomes the information grid and can practically do a lot of things using his brain..!!

This concept brings us yet another possibility of the near future when it will be more of drones walking on the sidewalk..!!

many movies including “the matrix” “I, Robot” “Terminator” etc have shown us a diverse possibility of what will happen in the future!!

Looking at this concept, it just seems too magical.. imagine the feeling when you just need to see the person’s face and automatically you get to know everything about him/her right from her juvenile records till their education, their relationship status etc.

Its scary too… If that happens, then as usual there are people who will use this concept for human extinction means, or for “POWER WARS”

Can you imagine the irony,

In Real life, China is trying to compete with the United states… Soon they will overtake them to be superpower!!

In “Intelligence” , there are two people who have this chip installed, 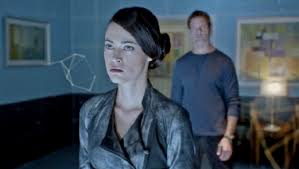 Whatever they say, that the next evolution of mankind is robot like features, i beg to differ.

Its good to be unique, if we accept the robotic approach, all of us will be nothing worse than a series of mobile phones, some who can be updated, some who won’t have an update!!