Ok, this is crazy!

I am unveiling a part of me, which i usually have kept to myself.

This post shares its name from a recent Ben Stiller Movie i.e.

” THE SECRET LIFE OF WALTER MITTY” 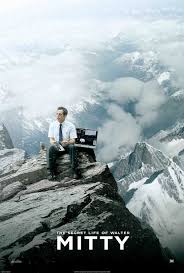 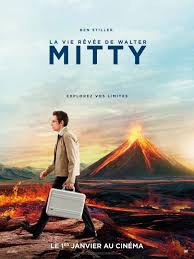 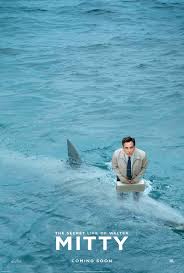 These are some stills from the movie.

From far this movie depicts a guy with super or weird powers who can fly, or teleport.

It took me by surprise after i watched the movie.

I agree to that.

The movie was fantastic.

In all honesty i could relate to Mitty.

There are certain moments where i felt i could see moments from my life being displayed. 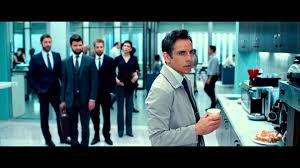 This has happened maximum times.

But usually when I’m alone. Like in the above pic, Walter is thinking of something, so much that he fails to realize there are some people behind making a mockery out of him.

I once zoned out for more than 30 minutes in a lecture. Guess where i was? Was watching Lord of the rings for the umpteenth time in my head. Watching the elves take down the orcs, watching the beautiful mountains behind etc etc. Phew.Too much aye?

2) An Awesome entry to impress the girl:

Ok, do not judge me, but i sometimes do think on this aspect too much. 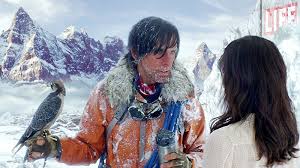 This is one part of the movie, when Walter checks out a fellow employee Cheryl. He just imagines how to approach and sweep her off her feet.

Then he imagines. She is standing in one corner of the office. Suddenly the wall behind breaks down, and Walter appears from a rather cold quest, and charms her. She is speechless, and so was i.

I haven’t gone so overboard, but have thought on the same lines. Stupid me! 😛

This scene from the movie shows how Walter realizes there is a gas leak and he jumps into the building, saves everyone, even Cheryl’s canine and becomes the hero.

Also he fights a guy from the office in his style, but inside his mind.

It looks like a Hancock style fight and its quite hilarious. 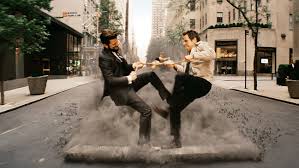 Funny isn’t it. i too have such thoughts, weird ones where i save the world. It’s childish but i just day dream on it sometimes.

Throughout the movie, there was one thing distinguishing him from the rest of the world. He was simple. Just living his life, doing his work, dreaming of things he would want to do, taking every day as it arrives.

This is one aspect i can half relate to. I too try to do all this, but many situations complicate my life then. Then the dreams stop. I don’t want them to stop. 🙂

Below I’m showcasing some quotes from the movie which touched me. 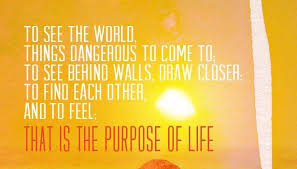 Ok, finally I’m done writing this post, and already am laughing at what i have written.

if you found it funny, or childish, do let me know.

0 thoughts to “The Secret Life Of Lancelot Quadras”