Projects, presentations were nearing the deadline.

Every interview he attempted resulted in failure.

All these thoughts were playing games in his mind.

Oblivious to what was happening to the boy, a stream of water was flowing from a running tap.

It kept flowing along its path. 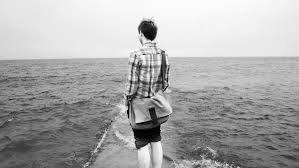 Its movement caught the boy’s attention.

It kept on flowing even though there were potholes, gravel on its path.

Some places it got separated, but later joined back somehow.

The boy kept looking, his mind now calming down.

The places where it separated, were now beginning to fill up too!

The boy had a faint smile on his face.

He said to himself,

” If the water can keep flowing, irrespective of the tough surrounding,

& if it can cover its problems and face them head-on,

why can’t i keep doing that?”

That was enough to calm him, and give him a new ray of hope!!

0 thoughts to “How easy it is to calm your mind!!”