The race was held after sunset, and the view from up-top was simply outstanding.

The race began with both the Mercedes drivers, Nico Rosberg & Lewis Hamilton zooming ahead of the rest of the pack.

So much, that within 10 laps, they had made a gap of over 10 seconds with the rest. Surprising right? 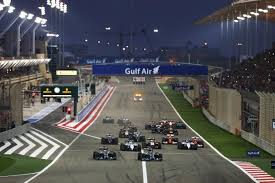 The order stayed the same till the very end, but the fight for the first spot, got heated in the last 7 laps.

Hamilton, kept his cool, used his experience, and outwitted his teammate for the first spot.

Force India got the last spot on the podium which equals their best ever finish since their entry in Formula 1. 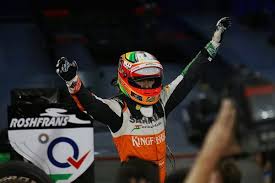 Things we learnt from the race:

1) Mercedes has the best car, and are ahead of the others in terms of preparation by miles, literally.

3) Sebastian Vettel will have to gain more points on a regular basis till his team figures out what can be done.

5) It seems we will all witness a Mercedes dominating season!! Hope there will be some change to that in the coming races. 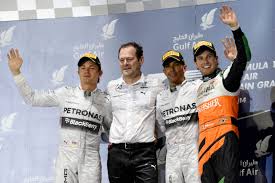