These are some words synonymous with the great man, Sachin Tendulkar.
When you come to India, one of the last questions you’ll find an Indian asking is,
“Who is Sachin Tendulkar?”
Such is his Aura.
Numero Uno for all Indians with lots and lots fans across the world, sometimes giving a complex to the foreign players in their own country.
That’s his popularity.
The bowlers took pride in saying that they have taken his wicket. If he stepped on the pitch, the bowlers had a tough time, making strategies against a man, who could do anything.
The man with over 50000 runs, 100 centuries, over millions of fans, loved by players, the staff, & the game.
His name goes down as one of the best cricketers to have played the game.
There was a time in my childhood, when people used to cheer up on the mere sight of Sachin coming to bat.
If he hit a four, that called for a celebration.
If he hit a century, the crowd would go berserk.
If he got out…. Well then there is no use watching the match, is there??
Many innings have been connected to the little master right from his innings in Sharjah against Australia, to him becoming the first cricketer to score a double century in a one day international.
Isn’t it so ironic? After so many years, he, the chosen one had to score a 200* 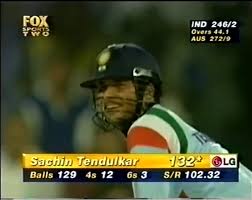 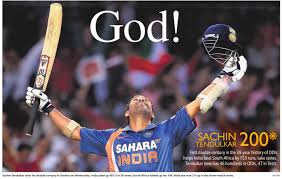 Many have come, and gone but this man stayed out and pursued his dream to win the world cup for his country.
He conquered that dream in 2011 when we lifted the world cup.
Oh! What joy that day was.
The crowd all over Bombay took the streets near the stadium, and danced with joy, not only because we won, that’s because Sachin’s dream came true. 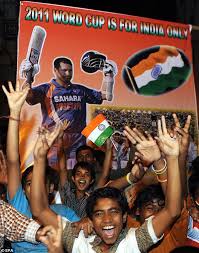 He has retired now, which hurt every cricket fan.
I remember seeing many banners stretched out in the stands during his last test match stating,
“There is no cricket without Sachin”
“Sachin is Cricket, Cricket Is Sachin”
He had tears during his last speech, and had bid adieu to the game which gave India a superstar. 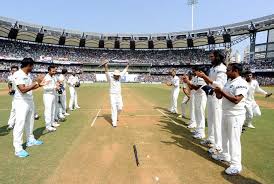 Indians, when abroad can proudly boast and say that they belong to a country where Sachin Tendulkar lives.
So, today seems to be a day where everyone is trying to exercise their fundamental right to vote.
Sachin, who celebrates his 41st birthday, mentioned that people should vote this year.
He says he enjoys his life now, more peaceful, & I can say that fans have this small ray of hope that they would want to see him play again.
We don’t know when he will play next, but whenever he does, there will be fireworks!
I’ll end my post with a line, which I read online.
“There are many record which Sachin has broken, thus we can proudly say that, Sachin is a record in itself.”
Happy Birthday, “Master Blaster”