This is a post for the WOW initiative from Blog Adda and the prompt given is,
After filing your work, “You head for the lift to go home, and as soon as you press the button, the lights go off”

Here is my take on this prompt:

Tyler’s life was in tatters.

His love Marla was on the verge of breaking up with him.
His office life felt like a product reaching its obsolete stage. 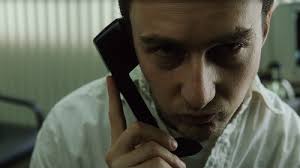 Nothing was happening correct.
Everything was just going from bad to worse.
He had introspected a lot, & then realized that until he could save his relation with Marla, nothing would go right.
His concentration would be going haywire, if his mind wasn’t calm.
He had tried a lot…Surprise visits to her office, Sending Flowers, Some gifts, but nothing seemed to work.
Tyler almost seemed to give up that fateful day, when his life had changed.
He was working late that night.
A last minute project meant yet another day he would be late to meet Marla.
This would definitely break whatever was left.
He was done with the work.
The Office Bus had gone off a while ago, which meant again, a cab ride!!
As soon as he neared the lift, the lights went off..!!!
“Great…!” Tyler said.

“The only thing left to make me feel completely miserable is a walk down 20 floors.

His office happened to be on the 21stfloor.
His phone battery went off.
Poor Guy..!!
It was like the universe had planned everything.
He was too tired, & thus waited for the electricity to lighten up again.
The wait was not too long, resulting in him taking a small nap.
An hour later, the lights were back on.
He took the lift ride, & hailed a cab for Marla’s place.
As he reached the door, he sighed.
“Buckle up Tyler, Storm is coming!” he said.
He rang the doorbell.
Marla had arrived on the door.
On seeing him, she cried out of joy.
She hugged him tightly, kissed him… Looked at him again, and thanked God.
Tyler’s expression was…
He just didn’t know what happened.
Marla had explained that while watching her daily news special, there was news of a bus accident.
The office bus of Tyler.
Many had been injured, some died.
Since she knew no one from his office, her level of panic was on a new high.
She had been worried to the core.
She tried his phone, but it was switched off.
But all was gone now, he was in front of her & that’s what mattered.
She gave him a nudge, asking him to be careful & gave him a kiss.
Tyler felt, maybe the lights going out was the best thing that happened to him since a long long time..!!
He smiled..!!

This post is a part of Write Over the Weekend, an initiative for Indian Bloggers by Blog Adda.